The new FlowArm 2 software from the LnxMotion Robot arms has just been released! 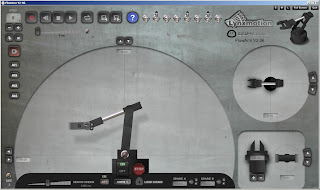 Here are the release notes:

You can now control two arms from the same SC-32. To do this just open a second instance of the FlowArm software. The second program will automatically become the Arm2 controller and talk to the Arm1 application (requires Networking & UDP port 80). You can even run the Arm2 software on another PC on the Network!

The Spare Servos A & B now work properly.

The Servo Speed slider has been reversed as requested.

New screen sizing buttons have been added S = Small, M = Medium, & L = Large + there is a Full Screen toggle and a Quit button.


The software and source code can be downloaded by official FlowStone users from here: 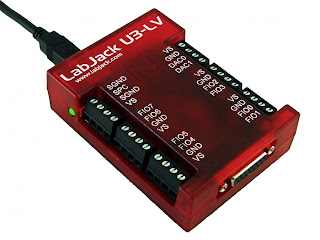 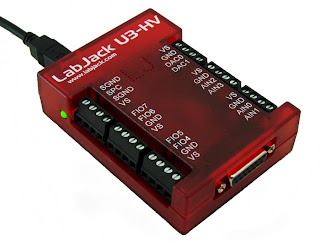 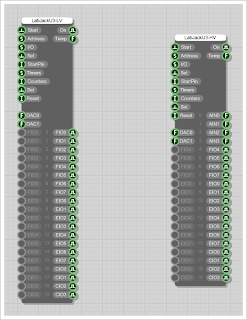 With the latest release of FlowStone the Graphical Programming Language from DSPRobotics, the supported range of Phidgets devices has been expanded to include all of the latest new Phidgets Interfaces!

As well as all of the other existing Interfaces.

In addition FlowStone now supports the Phidgets SBC (1 & 2), allowing multiple Phidget devices to be connected across a network! 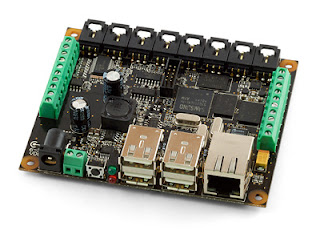 As part of our expanding range of supported DAQ devices in FlowStone , we have just release our first module for Measurement Computing.

This is the USB-1208FS USB-Based Module with 8 Analogue Inputs and 16 Digital I/O Lines. 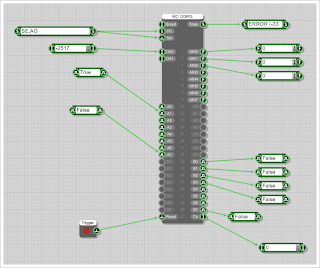 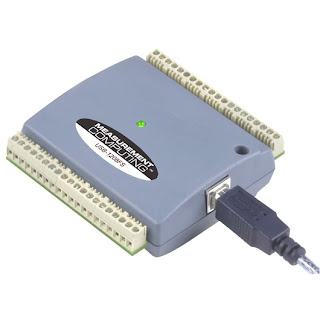 This amazing little camera actually has an Intel Atom based PC inside capable of running the whole FlowStone development environment or a FlowStone EXE application. In order to use this camera for robotics programming FlowStone now has a pre-programmed module for the Currera Camera allowing video capture and image processing inside FlowStone. There is a 4Gb solid state hard drive built in plus a micro SD memory card slot for video recording, plus a selection of other interfaces: Gigabit Ethernet (with Power over Ethernet), USB, VGA, RS232, fast and isolated Digital Inputs and Outputs. The camera frame rates can be up 1600 fps with various image sizes up to 2592x1944, plus the high quality lenses are interchangeable. 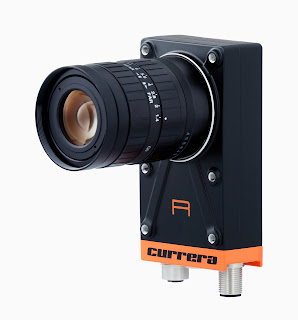 Posted by DSPRobotics at 05:43 No comments: